Life of a Woman is a real life experience of different Nigerian women who have found courage in sharing their stories across this platform, with the aim of inspiring other women into becoming better versions of themselves.

My husband and I changed our apartment to a three bedroom at a four flat building. We were living upstairs. I mostly kept to myself with my two children in the compound. God had just blessed my husband with a great job, hence the move to a better apartment in a better environment.

I needed time to myself and also for the sake of my children, I had quit my 9 to 5 job and opened a store instead where I sold shoes and perfumes. This made me leave the house later than my husband who would have gone for work as early as 5am.

Read Also: Strange But True: Life Of A Woman – EP 9

The way the compound was designed, everyone had their parking space in order to avoid commotion and also promote order. At least a flat had access to two car spaces. From my own apartment, our own parking space was already occupied – my car took one and my husband’s car took another.

One day as I headed out to my store, I noticed that a car was parked directly behind my car blocking me in. I looked around and the owner didn’t seem to be around. First, I thought it was for one of the visitors that came looking for my neighbours so I started knocking on their doors, I got directly downstairs to our apartment and a lady came out. I asked if the car belonged to her visitor, and she said no that the car was hers.

I didn’t understand why she would block me in with her car since she had a space. Well, I simply told her to kindly move since I was already running late from dropping my kids off at school before heading to my store. It took this lady a while before she eventually moved her car.

That was the beginning of a lot of dramas with this particular lady. I noticed she was always looking for a way to confront me one way or another. I made a slight complaint to the caretaker of the building and one day she was served a letter warning her to stop staring ruckus in the building, if not she would be evicted. She had attacked me with the letter on my way out in the morning asking what right I had to report her. I was just quiet as my kids were there looking at the whole situation.

I had told my husband all about it when he returned at night and he said I shouldn’t have gone ahead to report to the caretaker. I kept my anger to myself as I couldn’t believe my husband wanted me to continue accepting all the dramas the lady kept dishing out to me.

One day, I went to pick up my children’s vitamins from the pharmacy when I walked into a mini situation between the attendant and a customer. Apparently, the customer needed urgent medication but her money wasn’t enough, I stepped in to complete her payment.

The lady had waited for me outside asking if I knew her  I told her no. She said she is the younger sister to one of my neighbours downstairs. Then she said she’s compelled to tell me things since I paid for her stuff without knowing her from anywhere.

She said her elder sister is sleeping with my husband. Not only were they sleeping together, but there are lots of terrible things my husband had said about me. He said I forced him into marriage, that he never wanted me from the beginning.

More so, he said I’m diabolical that I do not know that he has seen all the charms I put around the house. Also, he even said our two children are not his. He’s just with me to honour his very old father’s wishes that he should never divorce his wife. That as soon as his father passed on, he would send me away with my bastard children. This lady kept on to tell me several terrible lies my husband had said all for the sake of getting into another woman’s pant.

I couldn’t believe all I was hearing. But it all made sense. It explained why the lady downstairs had been acting rudely towards me. I confronted my husband. It almost broke our marriage if not for the intervention of family members that he had called to plead on his behalf.

We had moved from the place to another. Do I know if my husband is still cheating now? Yes. He has more money and many more women that he sleeps with. But I don’t let it bother me anymore. Do I still love him? Yes, I do. I just focus my attention more on my work and children. I’m not saying every woman must be like me. If you know you can’t take infidelity….don’t. For me, I just put my marriage first.

Powered by: Life of a Woman Naija on Facebook in partnership with Penvoice Media

Strange But True: LIFE OF A WOMAN – II 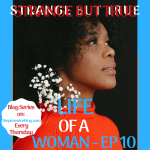 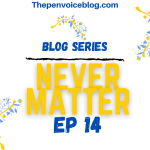 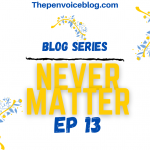 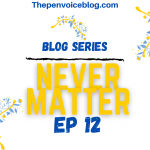