“Failures are finger posts on the road to achievement.”
C. S. Lewis

“I can accept failure, everyone fails at something. But I can’t accept not trying.”
Michael Jordan

It is OK to fail. More so, it is quite alright to have some setbacks in life. It is never entirely your fault that you are going through this phase. Life throws blows at us once in a while; what is expected of us is to pick the pieces left and keep living.

I will not shut my ears or close my eyes to what have happened this year, especially as a result of the unexpected pandemic that befell the world.

It sure affected millions of businesses, lives and activities around the world. Mine was not excluded.

I lost my job suddenly in May, 2020. According to the HR, the company could no longer accommodate a large number of staff members; hence, the call for retrenchment or termination of jobs.

Read Also: How to Leverage Digital Transformation in Business

I was expecting my confirmation letter few months prior to the termination, but I received the shock of the heartbreaking news on this fateful day.

What could I have done? I have this policy about everywhere I had been privileged to work, which is, preparing my mind for the day of my resignation on the very first day I resume. So, I would say I had plans should this had happened, obviously, it occurred.

I grew up learning how to handle situations, best or worst. Although, the lost of job caught me unaware, but I had some plans on ground. The news had an impact on my finances because I had debts I was servicing at the time. But I had to move on.

It was not easy. Life pushes mountains at us several times. It throws blows at us that we never expected. Life indeed threw heavy blows at me. But some things helped me during this time of my failures.

They kept me going. I almost fell into depression. But the following tips and approaches helped me through. They shaped my mindset and served as inner strength for me to enable me to keep going.

These tips would surely help you too, let’s check them out.

Failures are part of life. If we can embrace life as it is or as we live in it, then we need to accept failure as part of life. Most times, you need to fail in a particular area of life in order to be successful in other aspects of life. Failure teaches how to maximise success and appreciate it when it comes.

Accepting failure as part of life doesn’t portray you as a failure. No! Show me a successful man and I will tell you how much he or she has failed in life. A recent example is the famous Nigerian Billionaire Femi Otedola. We can also point at some notable icons and legends in the globe, such as:

Did you know Walt was fired from the Kansas City Star because his editor felt he “lacked imagination and had no good ideas?”

Oprah was born into working-class poverty.
She was the daughter of a teenaged low-income mother and was pregnant at 14 (her son died shortly after birth). Even after she scored a job in journalism, things weren’t always easy. One of her first jobs in TV ended abruptly after the producer declared she was “unfit for television.” Considering how far she has come, they must be eating their words.

Bill Gates, one of the world’s wealthiest men now, struggled to find his niche early on. He started Traf-O-Data, a business that created reports for roadway engineers from raw traffic data, with two other businessmen.

The company did achieve a measure of success by generating some income, but allegedly the machine they had built to process the data tanked when they tried to present it to a Seattle County traffic employee.

This didn’t stop, Bill, and the lessons he learned from the traffic data company helped him found one of the world’s biggest companies.

Now you see that you are not the only one in this ship called Failure. These mentioned above great names failed at one point in their lives. But one thing was common among them – they accepted their failure – and moved on to the next phase.

2.. Learn from the setback.

Life is about learning and learning. We keep learning from all it throws at us, but what is important is been constructive with the lessons we pick from it.

When I was laid off in May, I did some days of flashbacks into the mistakes I probably had made while working with the media outfit. I was the only one affected, so I raised some eyebrows in my family and among my friends.

Different questions crossed my mind and gradually I began to find the answers and learn from them. I realised my mistakes and learnt from them.

It is noteworthy that you learn from that specific situation, because it would further help you as you move on in life.

I have found that the simplest and most helpful way to do that is to ask myself better questions (instead of the common ones that send you off into a negative spiral). 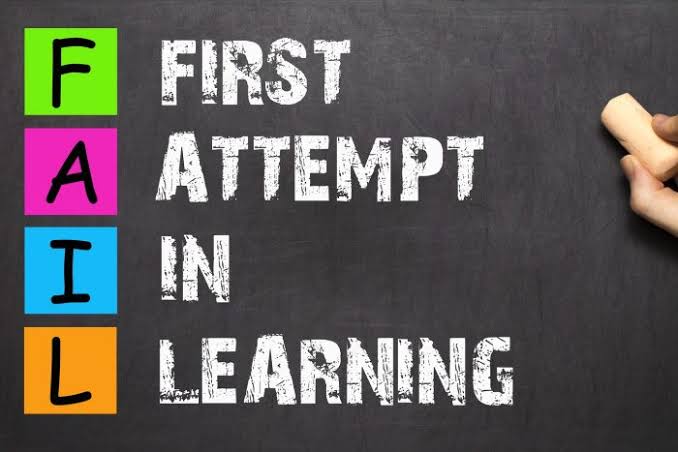 You don’t have to rush yourself with these questions. Just be honest with yourself as you answer them.

Some of the answers may be immediate others might take an hour, day or even a week to pop up.

The important thing is to start thinking about the situation from a positive perspective and be constructive about things instead of getting glued in rejection or negativity and apathy.

One thing I did during my crisis was to let it out. I vented my anger in my room, via phone calls to friends and family, sent messages to the few who understood my situation, poured out my heart to God.

Also, I ensured I didn’t keep any negative thought within me. I didn’t give in to fears as well. It is normal for fearful thoughts to creep into your mind and create a life-threatening situation or a future that looks bleak. This can lead to depression.

Find a trusted heart that won’t condemn you (if you are the cause of the situation), then pour out your worries to the person. Ensure the person has listening ears, good heart and patient enough to lend your his or her shoulders to cry on. 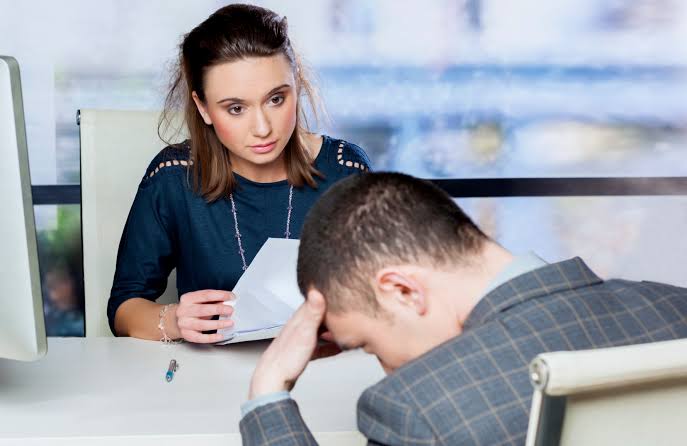 You don’t have to bottle up issues such as this. Keeping a lot of negative situations has a dangerous effect on the health.

4.. Finding inspiration in your own world.

This is one part of me I enjoy a lot. No other better way to live than a self-created world. In this world, you alone determine what you want in it. If you haven’t been doing this, you need to learn how to create your own world, especially in this sort of situation.

No one can understand how much you feel in this condition, except you. There could be similar situations, but not felt the same way. That is why we handle issues differently.

One of the ways I create my own world is loving everything about myself and enjoying my presence either I am with somebody or alone, no matter how many hours or days.

An advantage of creating your own world and finding inspiration in doing so is the peace and fulfilment you derive from it.

You can listen to your favourite music playlist, watch some inspiring movies, play indoor games, envision your plans, cook that long-desired mealed you have always aspired to prepare, make that smoothie, write that book, read that voluminous novel, wear the makeup you had always dreamt of and do much more personal things you wanted to do.

After you must have observed that you are sound and emotionally stable, it is time to either revisit your old plans or start new ones. I always have plans A, B, C and D for almost all the major decisions or goals I set for myself.

Having plans help me in achieving my goals and as well serve as a shock absorber when I find myself in ugly situations as this.

You might not have plans A, B, C and D like mine, but you can have strategised goals or plans on the very failed project, business, course or pursuit of life goals.

The essence is to get up from where you had fallen and keep pushing. Don’t forget the great people I mentioned in tip #1. 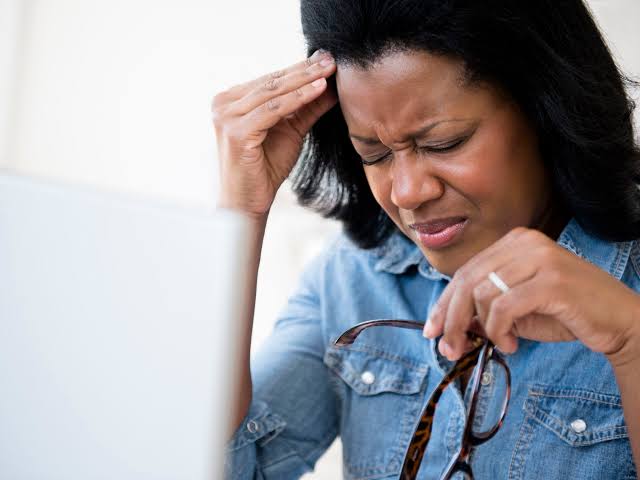 More so, tip #2 would have helped you to realise your failures and know what next to do in order to avoid repeated failure. This doesn’t mean that you can never fail again in the same project or goal and even in a new one, but it sure would help you rise sooner than your initial downfall and keep pushing.

You might need to retrain yourself, get equipped on that area, upgrade your networks, change your environment, improve your social status, attend training and seminars, rewrite your goals in a more achievable way and other things that work for you.

The God Factor is a must in this life. It is true that many unbelievers are successful without the help of God. It is true that hard work may not be effective in all situations. Also, there is no denial that many have walked through this same path and did not fail. All these can be true, but one truth I know and certain is that no one trusts in God and ends up in shame.

Jesus Christ did not promise us a life void of failures; but He assured us that He will be with us till eternity and He has overcome the world. Even Jesus went through some difficult times when He came to this world, so, who are we to escape the rough times? This is not a topic for today. 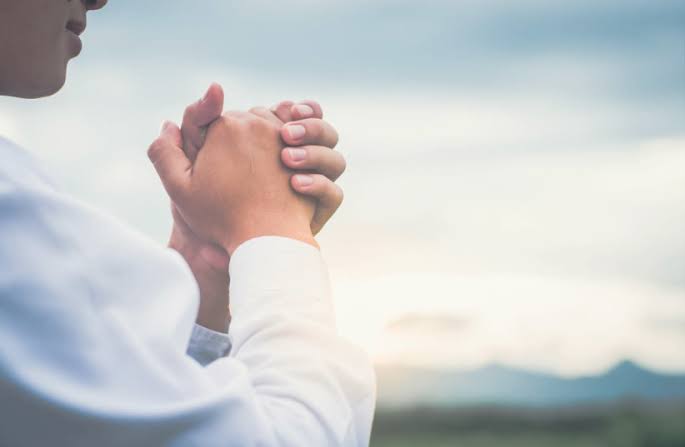 However, placing the God Factor even in the middle of your storm is a sure calmness and peace.

Learn to trust God in all situations. When you have tried all, and it looks like the wind keeps blowing, there is only one storm calmer and He is Jesus Christ. You can never make a mistake by trusting in God.

Your phase of setback of failure may be different from mine, but I am certain that if you put the above into action, you will smile back at that situation and bounce back just as many successful and great people mentioned in this article did.

“Giving up is NEVER an option to becoming a LEGEND”